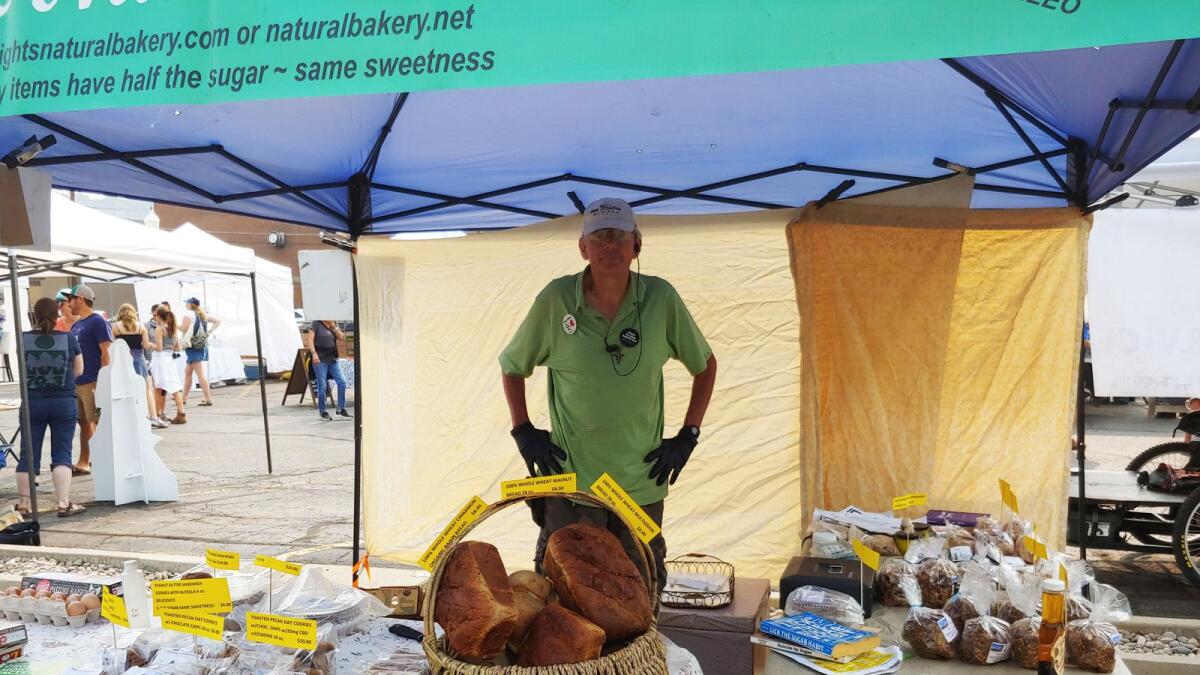 Baked goods from the Chimey Rock region made with whole, organic ingredients

“Everything is natural,” says baker Jean-Paul Wright. “I use a lot of organic products, so it’s mostly organic.”

The bakery sells a range of baked goods, including cookies, muffins, pies, and granola – and in general, they contain much less sugar than they traditionally would.

“I’ve reduced sugar on almost everything… and I use raw sugar – I don’t use processed or refined ingredients,” he said. “I use raw turbinado sugar, which looks like brown sugar, but it’s even better than that – it’s just pure cane sugar – and organic stevia extract. So you get the same sweetness with half the sugar.

Some of the items Wright sells are sugar free.

Wright takes care to preserve the nutritional value of his products, to the point of grinding his own grains with a stone grinder in his bakery.

“I grind my own almond blossom to include the skin of the almond because the bleached almond blossom is what they sell in the store, like Sam’s (Club), and they take the skin off for make it lighter … there is no more nutrition. “

Wright said the location of his bakery in Cabezon Canyon, across Highway 151 from Chimney Rock National Monument, improves the quality of its baked goods.

“I cook in almost perfectly fresh air – it’s cleaner there,” he said. “When you’re in town, you can smell the air, the cars and the traffic. We are in a dead end canyon, so we have almost no traffic. The road is 700 feet from my bakery. The water goes through a five micron filter, so it’s super soft water.